Field Trip to the National Museum! 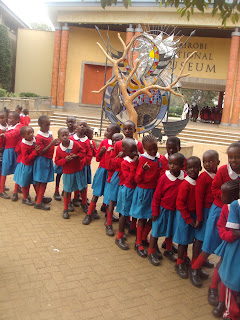 In 2009, The Kibera School for Girls had two wonderful volunteers: Kate O'Reilly-Jones and Matt Podolin. Both have stayed involved since then, and a few weeks ago they used their tax returns to sponsor a field trip for The Kibera School for Girls! The trip had an amazing itinerary: a visit to Kenya's National Museum, followed by lunch out. After lunch, the girls went to the snake park, and then had a thrilling experience on paddle boat rides in Nairobi's main park. They capped off the day with an ice cream treat. We can't thank Matt and Kate enough for giving the girls this incredibly fun and educational experience! 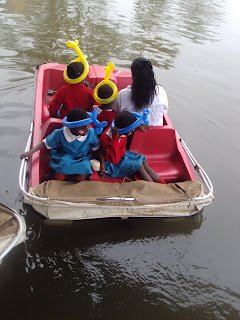 When Matt and I started volunteering at the Kibera School for Girls in the fall of 2009, I was struck by how many kids in Kibera never leave the slum, despite living minutes away from a bustling city center. Their parents certainly can’t afford bus fare to take them into town, so most kids in Kibera spend 24 hours a day, 7 days a week surrounded by metal shacks and dirt roads slippery with sewage.

The Kibera School staff works tirelessly to prepare their students to excel, both within Kibera and wherever the girls choose to go in life. Still, I realized that it might be tough for a six-year old to imagine succeeding at life outside Kibera (college? medical school?) if she has never really seen life outside Kibera.

With this in mind, we took the girls on a zoo fieldtrip that winter, hoping to give them a unique experience and show them a glimpse of the world outside their own. Since they enjoyed it (and other school trips that followed) so much, Matt and I thought it would be fun to sponsor another fieldtrip this past Friday – this time to the Nairobi National Museum and the park. The hope was that by giving them a day free from the stresses of Kibera, they would have a chance to relax, learn something new, and think about all the possibilities the world has to offer. And of course, eat massive amounts of ice cream. 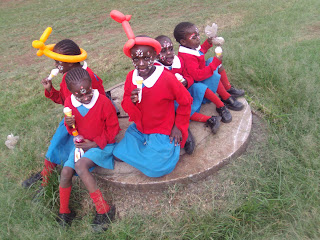 Posted by Shining Hope for Communities at 10:00 AM 1 comment:

We couldn't be more proud of CEO Kennedy Odede, who was featured on a panel with President Clinton and Sean Penn at the closing plenary of CGIU!

This was a conversation that you don't want to miss! Watch it here (beginning at 18:00).
cgiu on livestream.com. Broadcast Live Free

Here are some of our favorite quotes from the session!
From President Clinton to Kennedy:
"...this is kind of a breakthrough in Kibera, what you're doing for young girls and women, it's a breakthrough that has to be done everywhere."
"why are you so moved by him? Well he's impressive he got out of this horrible slum, he's at Wesleyan. He gives a good speech, he's charismatic, but oh my God he still cares about all those people he left behind and he knows that a bunch of them could do what he's done if they just had the same set of chances. He sees them. You think about all the people in the world today who are never seen... I'm very grateful that there are people like Kennedy...who are helping."
From Kennedy!
"It's time for a revolution. It's not just Africa---it's everywhere. It's time to change the world."
"The ideas that you have can change the world."
At Shining Hope, we are thrilled to see how Kennedy's ideas really are changing the world, day by day. We too are grateful for people like Kennedy, who really "see" people.
Posted by Jess at 11:45 AM No comments: 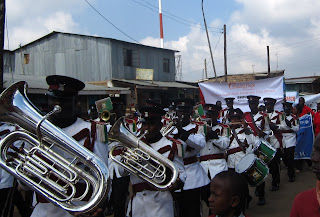 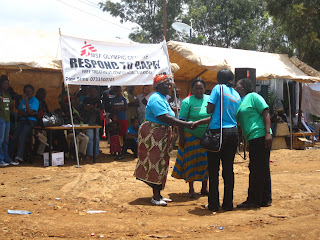 Last week, the Johanna Justin-Jinich Clinic had the amazing opportunity to participate in a festival commemorating World Tuberculosis Day!

Along with other distinguished partners, including DREAM, Medicine Sans Frontier and the U.S. Center for Disease Control, Shining Hope and clinic staff marched through Kibera in a parade to spread awareness about this serious, but treatable, disease.

The parade concluded in Kamkunji, where performances, including a play and poem read by our community health workers, and speeches where staged for government representatives and the Kibera community. Information booths, VCT and TB testing sites were also set up at the event, encouraging everyone in attendance to know their status.

The event was a huge success and a major step for the clinic. Our fantastic new administrator, Angeline, is hard at work coordinating more special events and relationship for the clinic- keep up the good work!
Posted by Shining Hope for Communities at 10:37 AM No comments: 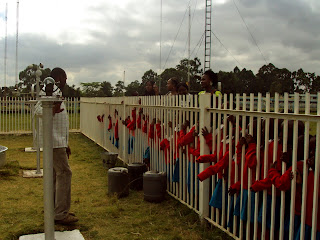 This week, the Kibera School for Girls took an exciting field trip to the Kenya Meteorological Society to cap off their latest science unit: weather.

The students have been studying an array of topics in weather for the past month--cloud formations, shadow-lengths, temperature, and weather instruments, to name a few. Our favorite student question of the day: "Where is your barometer?"


They were enthralled to see these professional instruments in action. The day culminated in the release of a weather balloon into the atmosphere, and a private presentation by a weather-forcaster. 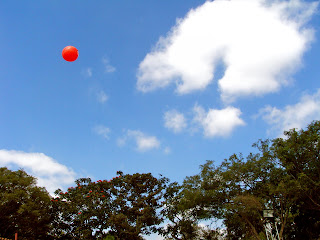 Looking forward to returning again next year!
Posted by Shining Hope for Communities at 9:54 PM No comments: 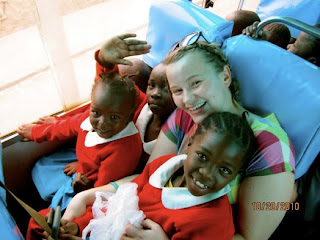 Are you interested in coming to Kenya to volunteer with Shining Hope for Communities? We have new opportunities open for summer and year-long volunteers at our projects in Kibera! If you are interested in living abroad, doing development work, and changing lives, you may be perfect for one of these positions.

We are looking for enthusiastic summer volunteers to work primarily at the Kibera School for Girls for our new Summer Institute. To read more about it, please click here.

We are also looking for interns to help run our programs in Kibera for a year. To read more about these opportunities, please click here.

Please pass the word on to anyone you know who would be interested. We look forward to hearing from you!
Posted by Shining Hope for Communities at 10:20 AM 1 comment:

Thank you for helping us reach our goal! 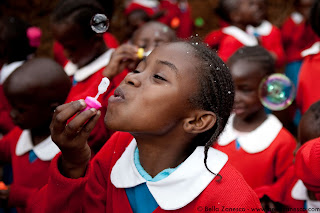 We would like to sincerely thank everyone who made our matching campaign such a great success. Newman's Own Foundation has officially matched your $50,000 in donations!

To read our note of gratitude, please click here.

And here is our thank you video:

Posted by Shining Hope for Communities at 3:42 AM No comments:

The girls at our boarding facility, Margaret's Safe Place, are doing incredibly well! They are all flourishing in the house under the care of our school's social worker and they absolutely love living together as sisters!

This weekend we visited the house and they paused their game of soccer to enjoy lollipops! 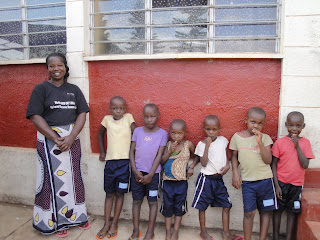 From left to right: Matron Ishmael, Lucy, Beldin, Prudence, Sarah, Ciro, and Faith
Posted by Shining Hope for Communities at 11:27 AM No comments: